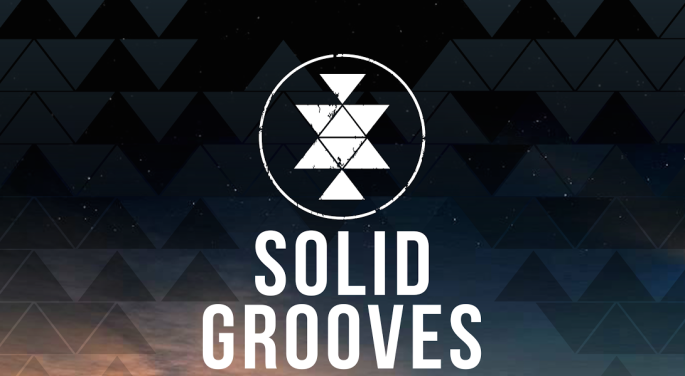 There are more interesting news from Privilege Ibiza for summer 2016!

London label and party Solid Grooves is heading to Ibiza for a second summer.

The party and label will take up residency each and every Thursday at Vista Club at Privilege. Following on from a good season at Sankeys Ibiza last year, the 2016 season kicks off on June 9th and will continue each week until 25th of August.

Privilege Media team said:”The aim here will be to bring back a hedonistic spirit away from the beaten track. Helping achieve that will be top international DJs old and new from the worlds of house and tech, plus a crack team of residents that know how to work a floor and balance a night perfectly. This includes Solid Grooves Records co founder and inventive tech house artist PAWSA, top tech duo and Lost Records pair Leftwing & Kody, Moon Harbour’s on form star Detlef, plus Solid Grooves very own Dennis Cruz and founder Michael Bibi“.

Says Michael on the move for 2016: “We are all very excited for the big move over to Vista Privilege this summer.  The team has been working hard, we have some amazing guest artists and a strong SolidGrooves crew for the season.  The venue in my eyes is one of the most exciting spaces on the island for an intimate ‘off location’ vibe but still has everything you need for a serious party! We will be sure to have a few special surprises & magical sunrise moments when the sun comes through those glass walls!”.

So, ready for another intriguing party for Ibiza 2016?

Soon Ibiza by night will update you with the line ups. 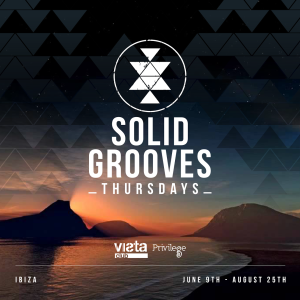 Privilege has announced a new intriguing show for Summer 2014: directly from the deep space..every Wednesday night at Vista Club, from 18th of June till 17th of September… will be time of “Reverse”!

The line up during all the season will include many excellent names, dj’s and producers as Vitalic, Umek, Uner , Technasia, Dosem, Sasha Carassi, Kaiserdisco, Karote, Karretero, Monika Kruse, Onno, Pirupa, Riva Starr, Stefano Noferini, Uto Karem.. Are you ready for an unconventional party? 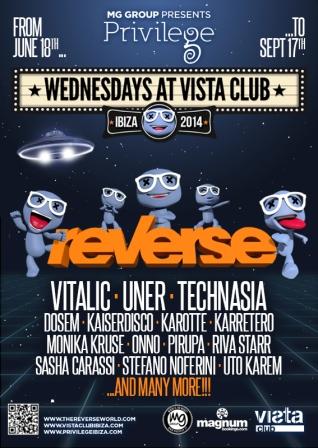 Well..even if Ibiza by night doesn’t use to publish press notes.. this one was absolutely fantastic..so..if you want..read it 😉 so you’ll undestand how is intriguing this new project! And many thanks to Pat Comunicaziones for the support!

“High Level Managers from the Club confirm they had a secret meeting with a crew member of the unidentified flying object. He assured them he was bringing an important message for the Clubbers of this season in Ibiza.

On April 28th all alarms went on through the web “Ibiza Spotlight” when incredible, unbelievable images of the Sighting of an OVNI (Unidentified Flying Object) flying passed the Front of the Building of Privilege Ibiza came to light.

In the vídeo – that has had more than 10.000 replays in a week – one can observe how the strange object moves erratically at great speed. The scientific community has explained this as a desperate attempt in finding a parking space for a spaceship.

Suddenly the web was full of rash conclusions by onlookers and experts in paranormal events from the whole world, even echoed by some of the main national and music media ( Dj Mag , Vicious Magazine , Klubbers , Orbita Magazine )

Members of the Privilege Team present at the happening agree in their testimony that a Being of Great Dimensions and of a Curious Blue Color, with a soft touch and enormous glasses of white paste appeared smiling, greeting and showing a big tongue of an intense pink colour when He came out of the impressive metallic structure with the shape of a Flying Saucer that had just landed among them. The Alien presented himself apologizing for appearing without prior appointment and assuring his name was #Rebbie and that he was an inhabitant from a place called “Thereverseworld”.

During this first contact #Rebbie explained his mission to the High Level Managers of the Club. From “Thereverseworld”, One of the Halls of the Biggest Discoteque of the World, the View Hall Club, had been chosen as the place where Sightings would happen every Wednesday between June 18th and September 10th. There would be thirteen sightings.

After the confusion settled, #Rebbie expressed that the mission had a peaceful and festive nature and that it only wanted to observe the reactions and effects that the sessions of quality electronic music had on human beings, who would be voluntarily subjected to it on a weekly dose.

As all who were present have explained, #Rebbie confirmed that He was the first of many “Blue Members” on their way and about to come to our planet, destination IBIZA to prepare each Sighting in detail.

All those present, were worried and insisted #Rebbie to be merciful and to give them more details about the music clubbers were going to be subjected to. #Rebbie would tell them in advance that all recruits already had Vitalic, Umek, Uner , Technasia, Dosem, Kaiserdisco, Karote, Karretero, Monika Kruse, Onno, Pirupa, Riva Starr, Sasha Carassi, Stefano Noferini, Uto Karem, among others.

Privilege Ibiza confirms that each Wednesday (June 18th – September 10th) Live from “Thereverseworld”, #Rebbie and the members of the Squadron MGGroup will take the Booth of the View Hall Club to subject all those who wish to experience such futuristic experiment, which would surround them with a unique atmosphere, paranormal experiences and lots and lots of music. Each Wednesday in Privilege –Reverse“