Ants is one of the most loved parties in Ibiza: since few years, every Saturday – during summer season – has scored  excellent results at Ushuaia and it’s one of the favorite parties of Ibiza by night.

And now the Colony of Ants, after the brilliant results at Ade Amsterdam,  lands in Argentina for an exclusive party, Friday 23rd of October, at State,  in Buenos Aires.

The line up includes as main guest Andrea Oliva, that had a great summer 2015 in Ibiza, plus Jorge Savoretti and Luis Nieva.

Ready for the Colony?

The dream team leader by “The Captain”  Sven Väth will bring at Buenos Aires, during Creamfiels, a top line up composed also by some of the most famous Ibiza’s heroes.

The names? It’s a long and amazing list: Solomun, who was one of the top artists of summer 2015, the Italian dj and producer Ilario Alicante, that also lived a great summer in Ibiza, plus Hot Since 82, Popof, Christian Burkhardt (live). 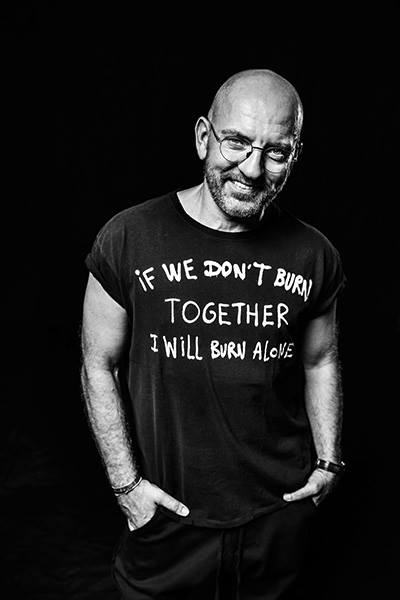 The line up is completed by  two excellent Argentinian djs as Franco Cinelli and Jorge Savoretti (the team of Ibiza by night heard Cinelli last summer at Destino Ibiza and he played an amazing set), Londonground and Dub Video Connection.

On these premises, and with this super line up, next 14th of November ready for an amazing Cocoon in Argentina!

Creamfields Buenos Aires is one of the most important and influent festival of Southern America.

In consolle will play some of the best dj’s of the world.

If you are planning a trip to Argentina, save this date! And stay tuned, because of Ibiza by night will update you.

And here you have an useful link:

Ibiza by night follows to update you about Ultra Buenos Aires: we have many followers in Argentina and we are happy to update them with some dedicated news.

And Friday, 20th of February, at Ultra Buenos Aires one of the most important appointments is with: Resistance!

The line up is superlative, and includes  Marco Carola, Modeselektor, Nic Fanciulli, Reboot, Leon, Elio Riso and Heidi, all Ibiza’s heroes that we love and we hear each summer on the island!

This is the poster of the party…and in next days Ibiza by night will give you more news, because of we love Argentina!

A promised, Ibiza by night, that has a great community of followers in Argentina, gives you further infos about Ultra Buenos Aires!

This is the line up of Umf radio Stage, Friday 2oth of February, includes Markus Schulz, a dj that we hear and appreciate  in Ibiza since many years, Alex M.O.R.P.H., Ferry Corsten, Heatbeat, Tomas Heredia, Justin Oh, Soul & Senses and Marcelo Fratini: great names for a super event!

Because of, as we said several times, Argentina is the promised land for music

For further infos and tickets: http://www.ultrabuenosaires.com

And stay tuned, because of Ibiza by night will follow to update you!

Marco Carola and Nic Fanciulli will play at Mandarine Park, in Buenos Aires, next 7th of December!
The two Ibiza’s heroes will land in Argentina for a great party. Carola is redux from the third successful season at Amnesia with his show Music on, and Nic Fanciulli scored excellent results in the island, also with his party “La familia” at Ushuaia!
Ibiza by night follows to update you about the performances of the best Ibiza’s dj’s around the world, and in these months Argentina has became the place where are organized some of the most intriguing events worldwide…
So stay tuned because of Ibiza by night will update you about this and the future events over there!
For further infos, this is an useful link:
https://www.facebook.com/events/591238380987775/?unit_ref=related_events

During last weeks Ibiza by night followed and gave news about some big events in Argentina.

The most important one was  a few days ago Creamfields Buenos Aires, that was a successful festival, where played most of our Ibiza’s heroes, as Richie Hawtin, Maya Jane Coles, Maetrik, Deep Dish, Dubfire, plus emerging stars as Franco Cinelli, Jorge Savoretti, just to tell some names!

We are also very happy because of we had a great and  unexpected feedback of fans and visits from Argentina… so we decided to follow all the most important events that will be celebrated in this marvelous country in next months.

And…stay tuned… because we are preparing some big surprises… because of Argentina is a promised land also for electronic music and in next weeks will receive many Ibiza’s heroes during their tours around the world!