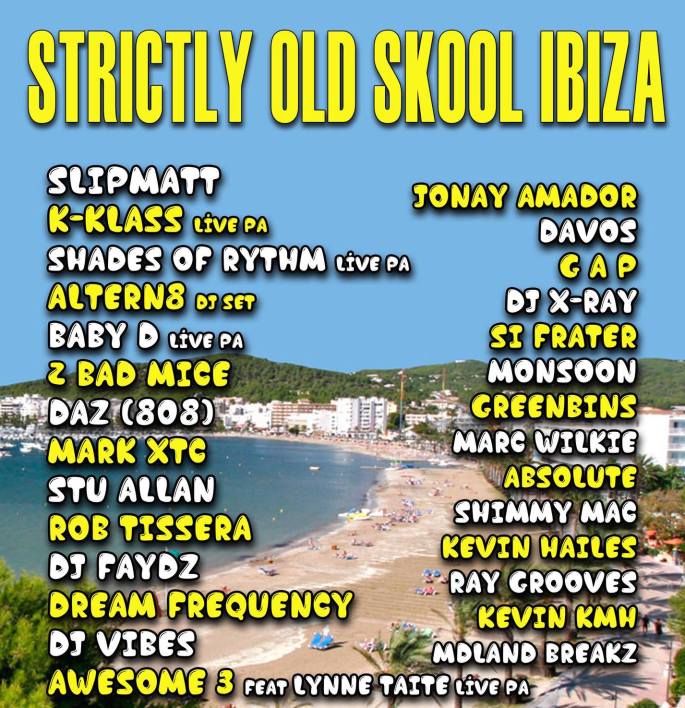 Are you planning your summer 2017 in Ibiza?

This is one of the first confirmed  and interesting news: S.O.S. Ibiza ( Strictly Old  Skool Ibiza).

The organizers said:”The Strictly Old Skool brand is dedicated to providing quality, innovative and safe events for clubbers worldwide. SOS offer the perfect holiday event bringing the finest DJ’s to play the very best sounds of Old and Nu Skool music including Jungle, Breaks & Old Skool Hardcore. The  SOS bring you an Old Skool music holiday spread across 3 nights & 2 days to the island of Ibiza, an event where like-minded people can celebrate the music they love and cherish so much, on the island that is the party capital of the world.“

SOS will take place from may 21st till May 25th  2017
in San Antonio.
This is the confirmed program.
Ibiza by night, as usual, will update you.

Info – tickets www.strictlyoldskool.net  This is the official poster & the line up! 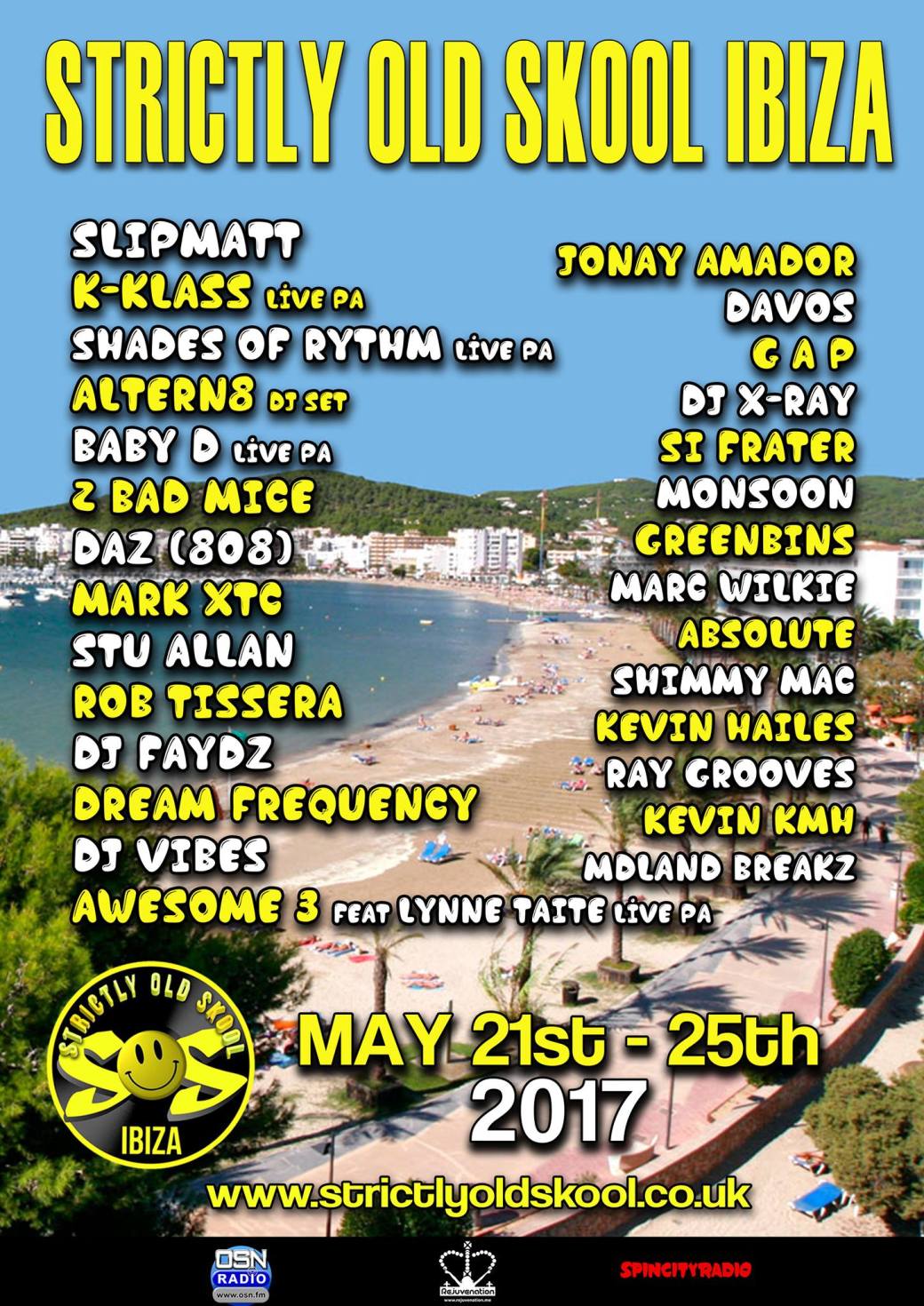 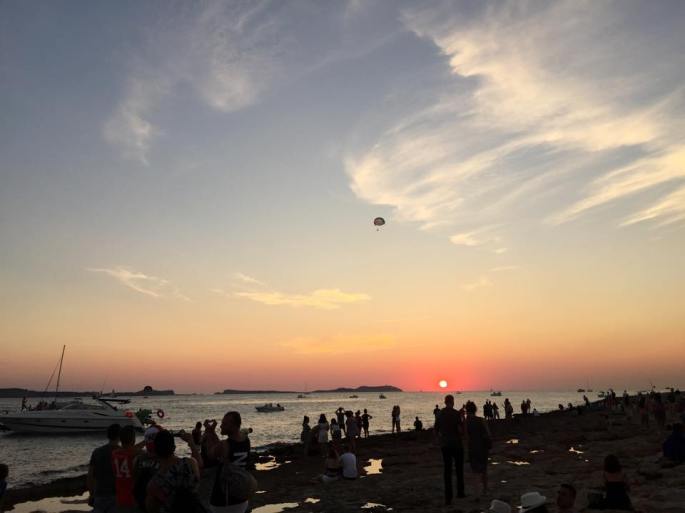 Brexit: What is the impact to Ibiza?
We don’t want to create alarm, but a potential problem could exist.

Nowadays, the English community represents a very important percentage of the tourists to the White Island.

There are areas, such as San Antonio, that are hugely influenced by English tourism and the English lifestyle.

We don’t think (and of course, don’t hope) that in Summer 2016 there will be a diminished English tourism, BUT, as there is always one ‘but’; if the value of the English pound decreases significantly in respect to the Euro, it could provide a negative effect to the economy of the Island.

Potentially, the areas where the English community has a dominant role, could be at risk.

The same could be said for the parties that usually attract English tourists.

Whilst it is too early to make provisions, one thing is certain, Brexit could also bring its force to Ibiza. 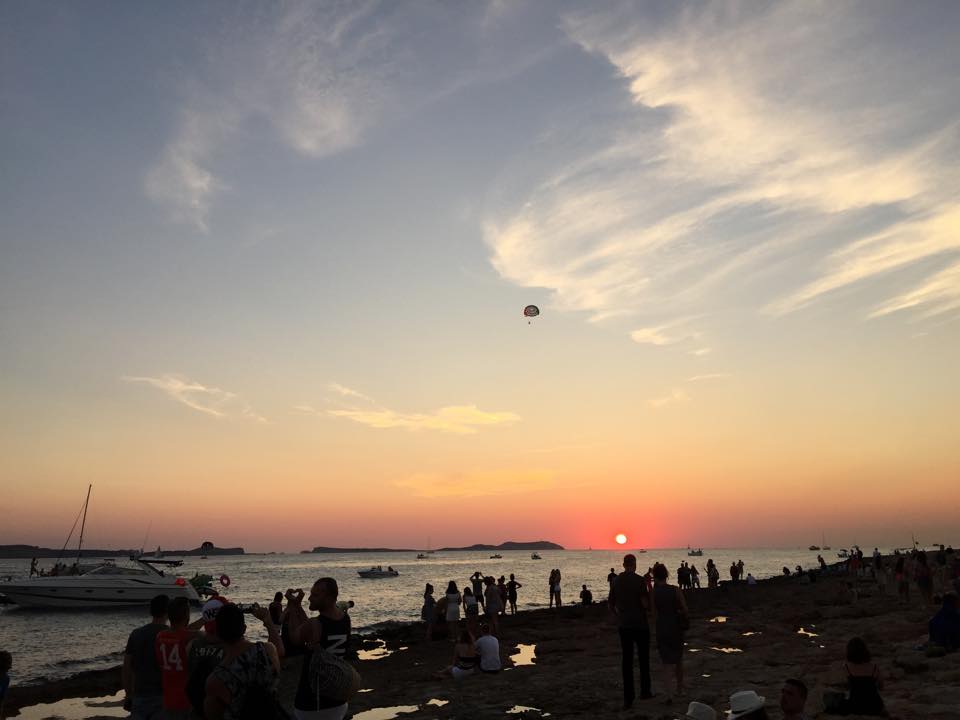 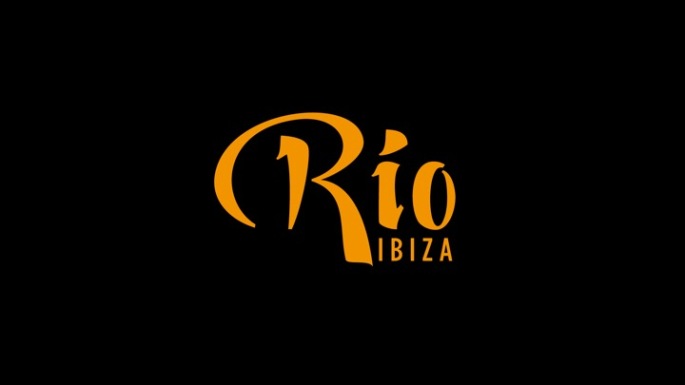 Ibiza by night has a section dedicated to the job opportunities, where you will find several job offers for  Ibiza 2016  and -sometimes- around the world.

This is the link where we have published several interesting job opportunities:
https://ibizabynight.net/job-opportunities/

Today we tale about some job opportunities at Rio Ibiza, the new location of San Antonio. Rio Ibiza is recruiting staff for summer 2016. The candidates must submit the cv to: Jobs@rioibiza.com 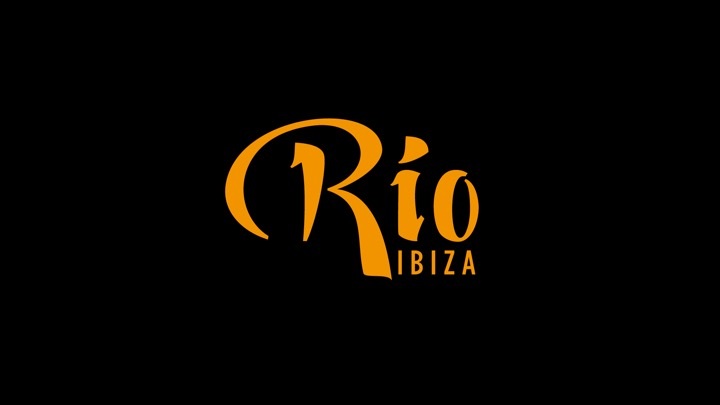 a) Don’t forget to read our disclaimer

Ibiza by night isn’t a job agency in Ibiza and isn’t involved directly or indirectly in any casting. Ibiza by night doesn’t receive any economical advantage or profit from castings in Ibiza or castings worldwide.  Ibiza by night doesn’t assume any responsability for the job offers in Ibiza and worldwide published on these pages.
The jobs opportunities in Ibiza, in Marbella, in London, the job opportunities in Ibiza for summer 2015, in Dubai or worldwide are offered directly from the employers, and they give news about vacancies in Ibiza, Dubai, London, Marbella.
For further informations contact directly ONLY the organizers of castings at mentioned mail addresses or links and, please, don’t send us CV or more information requests because of we can’t help you. 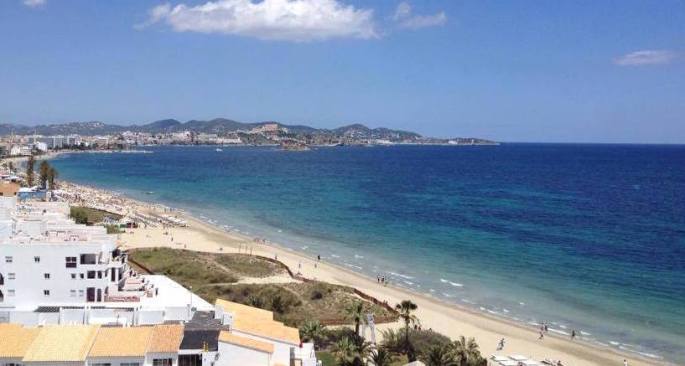 Well, in these weeks were announced several important news about Ibiza 2016.

But now it’s time to talk about next season: week after week the puzzle  of Ibiza 2016 is getting complete. Let’s discover together the map of confirmed parties:

At Pacha there are some interesting news and the program is quite completely scheduled.

Flower Power, after several years,  will move from Tuesday to Monday night (click here), and Tuesday night will take place the most important news of upcoming season, the  residency of Maceo Plex with Mosaic (read here) .

Friday night is under the sign of “INSANE”, that next summer presents several important guests: as we already wrote Luciano & Vagabunds but – as update-  are scheduled  five dates for Nic Fanciulli (read here) six dates for MK (read here) and will play also Hot Since 82(read here).

Saturday night  Paris by night with Bob Sinclar are back (click here).

The week will end with the successful Solomun + 1, that  also next summer will be  the protagonist of Sunday night at Pacha (read here for the dates and the infos ).

Ushuaia in these days is revealing the programs 2016, first of all the line up for the opening party (read here).

Actually Hardwell has been confirmed also in summer 2016 (read here), then  Ants  will start a long season with two pre-season parties and an opening party (read here).

At Amnesia there are several confirmed artists and parties: monday night with “Papa” Sven & Cocoon and – as update- a top line up of artists (read here) and a great opening party (read here).

Tuesday with Together (click here for the line ups), Thursday will take place Cream (read here), and (UPDATE) here you have the confirmed season line ups (read here).

Saturday, starting from 11th of June, Matinèe is back,  Sunday night Dimitri Vegas and Like Mike will return with “House of Madness”.

UPDATE: Music on with Marco Carola and friends will be back every Friday night (read here) and  Wednesday night will return Hyte with Loco Dice, Chris Liebing, Pan-Pot and many more (read here).

Well, for the last season in Playa d’en Bossa (don’t forget these words), Space has in store a pyrotechnic program.

Tuesday Night “King” Carl Cox will lead his last complete season (read here) and the line up is getting, week by week still more epic (read here)!  Wednesday at Space will be under the sign of La Troya, and this is a big news (read here).

Enter. won’t be hosted next season, but Thursday night there isa beautiful surprise..and UPDATE…here you have it… Afterlife, with Tale of Us, Dixon and many more (read here) lands at Space …

Friday night the elegant music of Glitterbox (read here) is back with its complete program and there will be in next days more upcoming news.

El Row will take place Saturday night (read here) and UPDATE here you have the first confirmed guests and the line up for the opening party (read here)!

Sunday at Space will end the week!

Dc 10 has announced the opening party, but Circoloco shouldn’t be the only one big event of the season 2016, stay tuned!  And.. BIG UPDATE…here you have the line up for the opening party (read here)!

The club of David Vincent has been the first one to reveal the complete programs and dates 2016 (read here).

There are several interesting news, as Dance 88/89 (here you can read the line ups) and Unusual suspects, many good confirms as Tribal Sessions, and Steve Lawler with his “Warriors”. UPDATE: also The Red Light has announced the complete line ups (read here).

Summer 2016 at Sankeys will be rich of surprises and-as usual- good music.

The beach club of Cala Jondal has announced the opening week end (read here)   now is available the line up (here) and trust us, over there are organizing an unforgettable summer 2016.

Lio (Pacha Group) has announced the opening party next 24th of May, more infos soon.

Privilege until now has announced  the opening party (read here), and (UPDATE) the residency of  Solid Grooves every Thursday night for 12 weeks (read here).

But don’t be impatient, soon will be revealed more programs.

The club of San Antonio has revealed the date of  the opening party (click here), and the residency of Judge Jules, plus the residency of The Soundgarden for 12 weeks, from 12th of June till 18th of September.

Destino has announced the opening party next 27th of May (read here) more info soon.

Well we are very curious to know where will play Guy Gerber with his “Rumors”, even if he has announced the opening party and a long season (read here).

Don’t forget, soon will be revealed many important new parties, so stay tuned because of Ibiza by night – as usual- will update you!

Flower Power is more than a party, is one of the most representative icons of Ibiza.

Also this year  will be celebrated a special edition of Flower power in San Antoni, for the patronal feast, next Saturday 9th of January, starting at 23,00.

We participated in the last two editions, and they were great events, with the beautiful choreographies of Flower Power along the streets  San Antonio and also an explosion of colors and good music..

This year, the  music will be by DJ Pharma & Javi Box, and it will be a free party.

Here you have the official power. So save the date.

If you are in ibiza, don’t miss it! 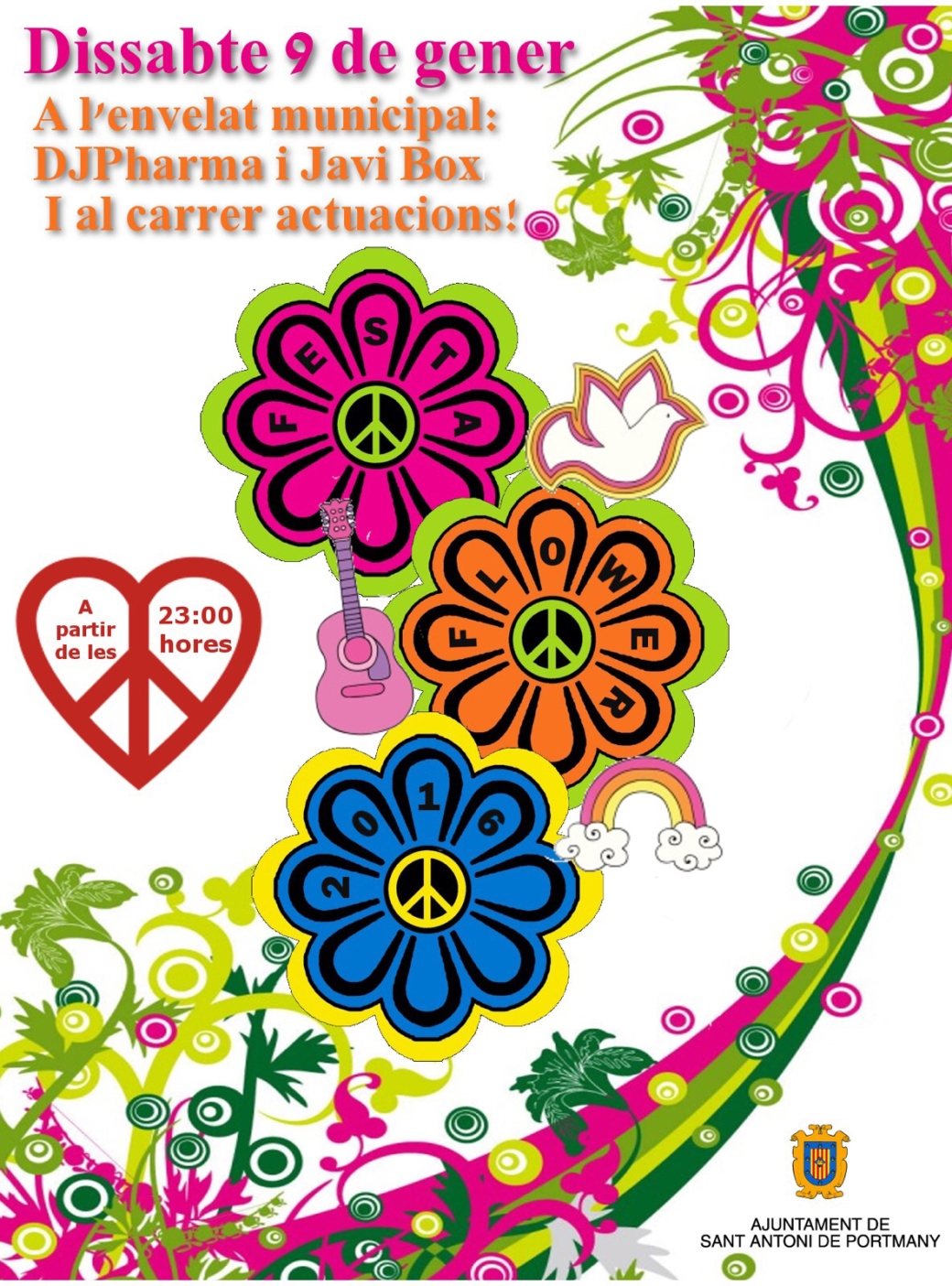 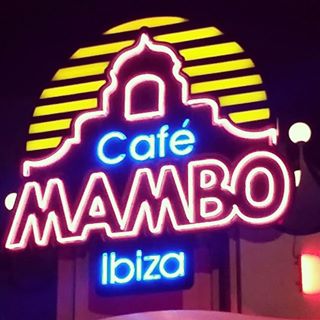 And also for Cafè Mambo, the cult place of San Antonio, has arrived the momento of the closing party!

Cafè Mambo during summer 2015 has been the location of dozens of great pre parties, and now, for the final party, presents an interesting  line up. 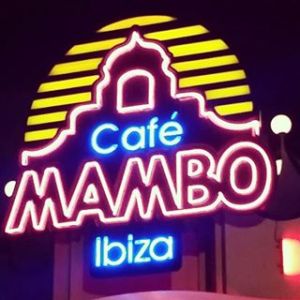 Next 9th of October will play as main guests Uner, one of the best Spanish dj’s that we heard and appreciated several times at Ants Ushuaia,  and Chelina Manuhutu, plus Jason Bye, Andy Baxter, Pete Gooding and Danny O,

Here you have the official poster and compliments to mambo’s team for this amazing season! 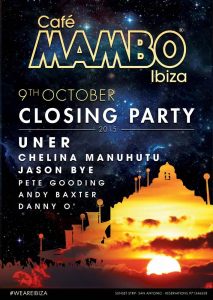 Eden Ibiza, the club of San Antonio, has announced the residency of Faux Basement every Saturday night from the 6th of June until the 19th of September

Eden media team said:”To chase the excellence, work with the responsibility of a premier club, explore the nuances of what clubbers demand, there are three ideas that give substance to Eden Ibiza concept. Faux Basement is the second announcement of this definitive back to the Ibiza club scene. Deeptech, bassline, pure underground on Saturday night at Eden Ibiza.
Straight from Manchester, Faux Basement are dedicated to bringing fresh new clubbing experiences to the true house music lovers of today, an underground movement driving for an inspiring sound that moves the international vanguards circuits. A weekly-residency in16 sessions that will blow your mind.

The promoter and DJ Jon Fitz. said: “I feel this night will bring a fresh new feel. We are energetic, true, honest music loving promoters who aim to create a new movement of clubbers to San Antonio”.

Many thanks to Guadalupe Revuelta for the media support. 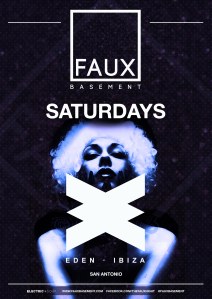