This is the beautiful news of the day.

The “Asociación de Comerciantes y Empresarios de Platja d’en Bossa” has announced that summer 2017 in Ibiza  will be longer, and clubs, bar, beach clubs and restaurants will be open from April   till November .

The news was given by the main Ibiza media (more info here) and this is a really interesting announcement.

We talked about this theme one year ago (read here), and we are happy to read that also our dream could become true.

Ibiza has a climate absolutely mild, Playa d’en Bossa is one of the icons of the island, and there are all the assumptions for a longer summer season.

We hope also that the white island will be connected  with Europe with more flights, and then ready for a neverending Ibiza 2017!

Ibiza by night, as usual, will update you about this intriguing theme. 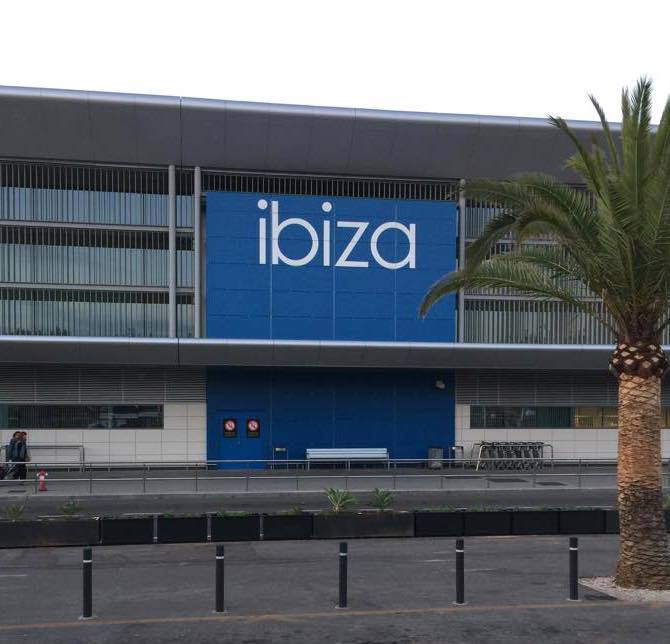 The countdown for the Ibiza  closing parties 2016 has started, and here you have a list of  confirmed dates.

These are the last confirmed dates 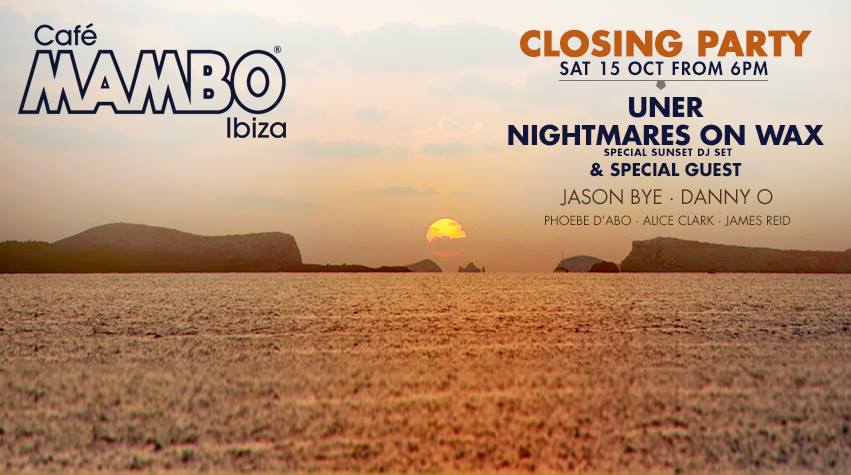 So, organize your trip to Ibiza, plan your closing party calendar and have fun: Don’t forget, the list of parties will be updated!

Don’t forget: Ibiza by night doesn’t assume any responsibility for changes of dates and of line ups.

Is a seasonal job in Ibiza realistic?

Throughout the following weeks, the most important casting and job selections for Ibiza 2016 will be held.

Many friends have written to us asking for suggestions and discussing their doubts with us.

The question is always the same: is a seasonal job in Ibiza realistic?

There are two possible answers:

a) if you want to spend a great summer and support yourself with your job then maybe (just maybe!), yes.

b) If you want to earn an honest living AND save money then the answer is – it won’t be easy!

We don’t want to discourage you, but to be honest, there are many important factors that you would need to consider.:

One of our first suggestions, therefore, would be when you apply for a job ask how much the actual base wage is and if staff housing is included.

This could be a good option and many restaurants and hotels offer this.

Then you can evaluate whether it will be a good opportunity for you.

It would be very frustrating after a summer of hard work, to return home with very little money.

We wish you good luck in job search and if you want to know the current job opportunities in Ibiza, click this useful link.

Well, in these weeks were announced several important news about Ibiza 2016.

But now it’s time to talk about next season: week after week the puzzle  of Ibiza 2016 is getting complete. Let’s discover together the map of confirmed parties:

At Pacha there are some interesting news and the program is quite completely scheduled.

Flower Power, after several years,  will move from Tuesday to Monday night (click here), and Tuesday night will take place the most important news of upcoming season, the  residency of Maceo Plex with Mosaic (read here) .

Friday night is under the sign of “INSANE”, that next summer presents several important guests: as we already wrote Luciano & Vagabunds but – as update-  are scheduled  five dates for Nic Fanciulli (read here) six dates for MK (read here) and will play also Hot Since 82(read here).

Saturday night  Paris by night with Bob Sinclar are back (click here).

The week will end with the successful Solomun + 1, that  also next summer will be  the protagonist of Sunday night at Pacha (read here for the dates and the infos ).

Ushuaia in these days is revealing the programs 2016, first of all the line up for the opening party (read here).

Actually Hardwell has been confirmed also in summer 2016 (read here), then  Ants  will start a long season with two pre-season parties and an opening party (read here).

At Amnesia there are several confirmed artists and parties: monday night with “Papa” Sven & Cocoon and – as update- a top line up of artists (read here) and a great opening party (read here).

Tuesday with Together (click here for the line ups), Thursday will take place Cream (read here), and (UPDATE) here you have the confirmed season line ups (read here).

Saturday, starting from 11th of June, Matinèe is back,  Sunday night Dimitri Vegas and Like Mike will return with “House of Madness”.

UPDATE: Music on with Marco Carola and friends will be back every Friday night (read here) and  Wednesday night will return Hyte with Loco Dice, Chris Liebing, Pan-Pot and many more (read here).

Well, for the last season in Playa d’en Bossa (don’t forget these words), Space has in store a pyrotechnic program.

Tuesday Night “King” Carl Cox will lead his last complete season (read here) and the line up is getting, week by week still more epic (read here)!  Wednesday at Space will be under the sign of La Troya, and this is a big news (read here).

Enter. won’t be hosted next season, but Thursday night there isa beautiful surprise..and UPDATE…here you have it… Afterlife, with Tale of Us, Dixon and many more (read here) lands at Space …

Friday night the elegant music of Glitterbox (read here) is back with its complete program and there will be in next days more upcoming news.

El Row will take place Saturday night (read here) and UPDATE here you have the first confirmed guests and the line up for the opening party (read here)!

Sunday at Space will end the week!

Dc 10 has announced the opening party, but Circoloco shouldn’t be the only one big event of the season 2016, stay tuned!  And.. BIG UPDATE…here you have the line up for the opening party (read here)!

The club of David Vincent has been the first one to reveal the complete programs and dates 2016 (read here).

There are several interesting news, as Dance 88/89 (here you can read the line ups) and Unusual suspects, many good confirms as Tribal Sessions, and Steve Lawler with his “Warriors”. UPDATE: also The Red Light has announced the complete line ups (read here).

Summer 2016 at Sankeys will be rich of surprises and-as usual- good music.

The beach club of Cala Jondal has announced the opening week end (read here)   now is available the line up (here) and trust us, over there are organizing an unforgettable summer 2016.

Lio (Pacha Group) has announced the opening party next 24th of May, more infos soon.

Privilege until now has announced  the opening party (read here), and (UPDATE) the residency of  Solid Grooves every Thursday night for 12 weeks (read here).

But don’t be impatient, soon will be revealed more programs.

The club of San Antonio has revealed the date of  the opening party (click here), and the residency of Judge Jules, plus the residency of The Soundgarden for 12 weeks, from 12th of June till 18th of September.

Destino has announced the opening party next 27th of May (read here) more info soon.

Well we are very curious to know where will play Guy Gerber with his “Rumors”, even if he has announced the opening party and a long season (read here).

Don’t forget, soon will be revealed many important new parties, so stay tuned because of Ibiza by night – as usual- will update you!

The countdown for Ibiza 2016 has officially started!

Here you have the list of confirmed opening parties.

Sankeys Ibiza: 1st of May (read here)  and this is the confirmed line up (read here)!

Ushuaia Ibiza: 28th of May (read here) and this is the confirmed line up (read here)

Then, the parties, in chronological order!

Tribal Sessions at Sankeys Ibiza: 7th of May (read here)

Unusual suspects at Sankeys Ibiza: 12th of May (read here)

Paris by night, with Bob Sinclar & guest at Pacha Ibiza: 21st of May (read here)

Redlight at Sankeys Ibiza: 23rd of May (read here)

My House, with Martin Solveig & friends at Pacha Ibiza: 25th of May (read here)

Dance 88/89 at Sankeys Ibiza: 25th of May (read here also for the complete line ups)

Cocoon at Amnesia Ibiza: 30th of May, and now UPDATE we have the line up (read here)

The Red Light at Sankeys Ibiza: 30th of May (read here)

Flower power at Pacha Ibiza: 30th of May (read here)

Glitterbox at Space Ibiza: 3rd of June (read here also for all the complete line ups)

Together at Amnesia Ibiza: 7th of June (read here)

This list will be updated in next days when more opening parties (as Music on, La Troya, Ants ) will be announced.

You will find more new in our party calendar!

Next summer in Ibiza could be a season with more free space on the beaches.

The Ayuntamiento de Sant Josep stated that will reduce  of 10% the number of beach umbrellas and beach beds.

The news are reported by the daily “Diario de Ibiza” and “Periodico de Ibiza”.

The Ayuntamiento de Sant Josep also introduced more rules and the number of beach beds to eliminate should be 900.

So, this decision could mean more free space  on the Ibiza’s beaches.

Let’s see what will happen, anyway Ibiza 2016 could be a summer with many surprises…

Several friends of ‘Ibiza by night’ have written to us, denouncing the high costs and the low number of flights to Ibiza during autumn and winter.

This, unfortunately, is an old problem.

Ibiza, the paradise of clubbers from May to October, remains mainly isolated during Autumn and Winter.

To be honest, during autumn and winter 2015 more flights have been introduced, and from next month there is good news from Ryanair (see related article), but in reality they are still insufficient.

The question is: isn’t it possible for the big cities such as Berlin, Milan, Rome & Paris to have at least one weekly flight to Ibiza during winter? Don’t forget, the weather in Ibiza during Autumn and Winter is still agreeable and mild; the Island is less expensive than in the summer and there are also good parties (during Autumn 2015 Sankeys  and Pacha presented beautiful parties, and with the introduction of even more tourists the night life would probably increase too) so the Island would surely attract people from Europe and worldwide.

This is an important issue that local authorities should aim to resolve.

The same authorities that would like to lengthen the tourist season need to start taking concrete actions.

We can only hope that for Autumn and Winter 2016 the Island will be more connected.

Let’s hope this can happen! 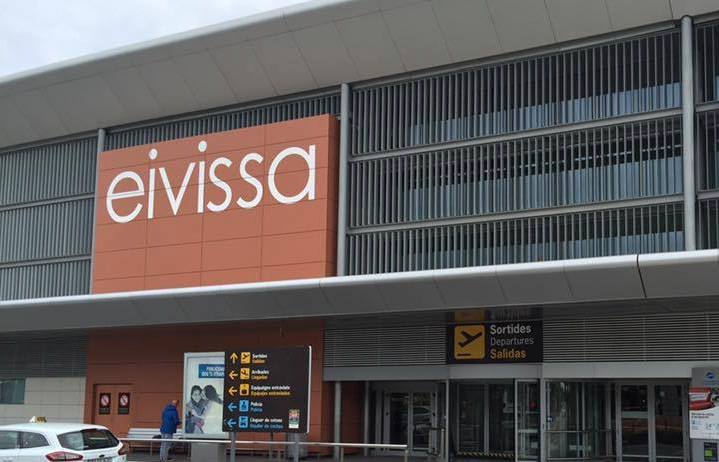