The line up includes Mk’s Area 10, Andhim, Disciplines, and the Italian dj and producer Alex Kennon!

Tomorrow, Friday 4th of September, Glitterbox is back at Space Ibiza.

Here you have the official poster, and this is an event with interesting music, in pure Glitterbox style!

For further infos, this is the link to the event page on Fb: 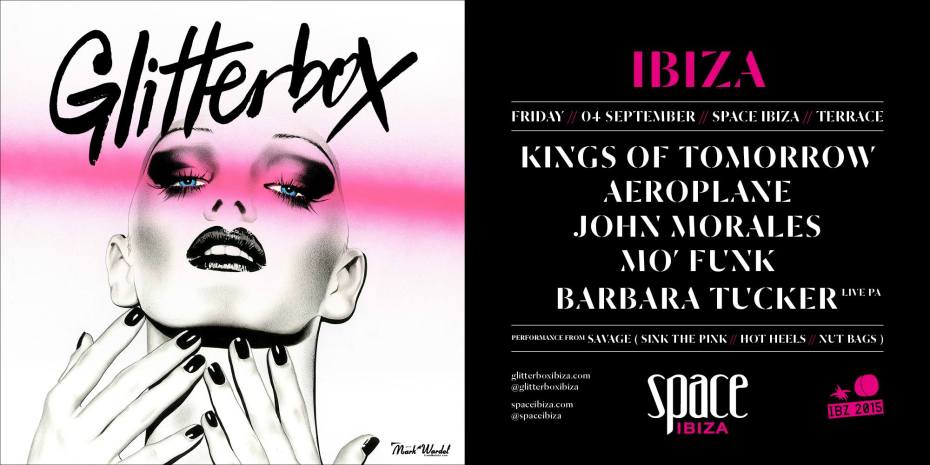 The  Tough Love duo of Stefan and Alex has announced a debut Get Twisted label tour with 12 parties planned between September and November.

The tour will take place across England, Scotland and Ireland’s important  venues and will showcase the best in both established and emerging talent, all curated by Tough Love.

Get Twisted has already achieved a vast number of underground and crossover hits in both the UK and beyond.

The Tough Love pair, known for cuts like their hit “So Freakin’ Tight” will play every event and will handpick label acts to join them.

These are the confirmed dates:

Here you have the artist links:

Sunday, 6th of September, La Troya is back at Amnesia Ibiza and presents a new one  intriguing episode “Fashion” in the main room!

What will happen Sunday? Karl Morin, manager of La Troya said us:”This week it is time for fashion,time for our personal designer Manuel Parralo to show us his blowing creativity be ready for the best fashion show“.

So ready for another happy party Sunday at Amnesia!

Here you have the official poster, and Sunday will perform also Baby Marcelo!

And next Saturday with our dear friend Gaty Lopez there will play  a guest that’s very important for us: Miss Luna!

Miss Luna,  founder and Director of Ibiza live radio, will perform with Gaty an “Ibiza live radio showcase”, so prepare yourself for a party with elegant music.

The entry is free.

The event has the media support of Ibiza by night.